With the Healthcare Act and The American Taxpayer Relief Act of 2012, most business owners are confused about what the current tax law actually is. Keeping track of the constantly changing tax code and how to apply the new rules is difficult for many tax preparers, so the confusion of business owners is quite understandable. Today, I will summarize the top tax rule changes for 2013.......so let's dive in..... 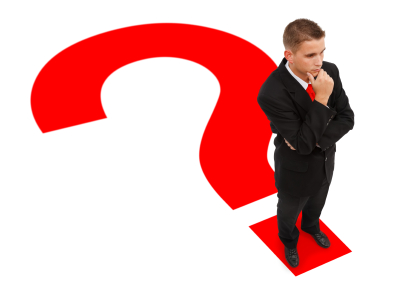 Everybody's Taxes Increase
The social security portion of the payroll tax increased back to 6.2% from 4.2%. The tax was dropped temporarily to spur the economy in 2010, but the tax cut has expired and it has returned to its original rate. This increase will be felt in the economy as money available for spending is reduced. In my view, reducing the money going into social security is not good policy, but it was one way to get money into peoples hands so they could spend it and help boost the economy. Whether it worked or not will be debated by Republicans and Democrats alike, but the reduction in funds to Social Security will have to be made up eventually with some kind of tax hike or benefit reduction.

Tax Increases on the Wealthy

New Top Marginal Rate
There is a new top marginal rate. For married filers who have adjusted gross income over $450,000 and single filers with over $400,000 in adjusted gross income, the rate increased from 35% to 39.6%. This does not impact the majority of the US tax payers, but it certainly impacts the successful small business owner. They will make it up by increasing prices or decreasing the amount they spend. I see this as the beginning of more tax increases.

Phase Out of Personal Exemptions
The phase out of personal exemptions, was also a result of the expiration of the Bush Tax cuts. The threshold for the phase outs is the same as that for itemized deductions. According to my calculations, the net impact of the itemized limitations and the personal exemptions can increase the marginal tax rate by 2%.

Common media headlines just remind us that capital gains tax rates went up to 20% but the reality is they have gone up and additional 3.8% as a result of the Medicare tax on investment income that went into effect as a result of the Healthcare Act.

The Forgotten Payroll Tax Increase
The Healthcare Act increases the Medicare portion of the payroll tax on married filers who have wages over $250,000 and single filers with wages over $200,000 by .9%. For example, if a single employee has wage income of $300,000, the employer would withhold from the employees wages a 1.45% Medicare tax up to the $200,000 threshold and 2.35% after that. Another tax increase on the "wealthy".

Section 179 Depreciation and Bonus Depreciation
Section 179, which provides for the immediate expensing of qualifying assets, was scheduled to decrease to $25,000 in 2013.  The fiscal cliff deal changed all of that, increasing the limit to $500,000 for 2013. Also, the amount of qualifying assets that can be placed in service before a reduction in the limitation is required is $2,000,000 in both years. This is a significant tax break for startup businesses and expanding businesses.

So What is Next?
Everyone is seeing an increase in taxes in 2013. Those who make over $200,000/$250,000 are seeing a larger share of their taxes increase. The next two months will have a lot of political fighting over increasing the debt limit for our nation. This fight will be about spending and taxes. President Obama has pledged no cuts to spending without a corresponding increase in taxes. So more potential changes are coming.