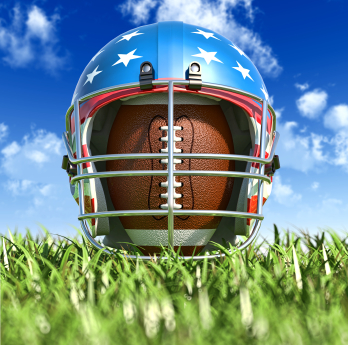 Winning the Heisman trophy was an incredible ending to Johnny Manziel's freshman year of college. However, now he is hot water with the NCAA for possibly accepting "a five figure flat fee" for signing autographs.

According to news reports, Johnny has had six organized signings for three different sports memorabilia dealers in three different states. He allegedly has been paid "five figures" for these signings. There are pictures and videos of him signing these items claims ESPN.

Johnny claims he did the signings for free, but the sports memorabilia market industry standard is to pay athletes for their autographs......so was Johnny different???

The Downside for Johnny
If Johnny Manziel was in fact paid for his signatures it would violate NCAA rules and cause him to possibly lose his college football eligibility at worst or be suspended for a few games. Regardless of whether the money came from NCAA "legal or illegal" activities, if he received money it represents income to the IRS. And if income isn't disclosed to the IRS, that's a problem.

NCAA vs. IRS
Considering the amount is in the 5 figure range (could be high 5 figure range if my calculations are right), the IRS could be following this case from the sidelines. If the NCAA already has some evidence and Mr. Football doesn't claim the money on his tax return, the IRS just needs to show up with a warrant and use their investigative "powers" to dig deeper than the NCAA has authority to.

A big difference with the NCAA and the IRS is subpoena power. The autograph dealers involved are not likely to talk to the NCAA because of a Texas law that makes anyone who knew or should have known he was breaking NCAA rules liable for damages.

However, the IRS has broad power to summons a taxpayer or a third-party to testify in court, to produce records such as books and papers, or both. The IRS's power to obtain records reaches far beyond what the NCAA can do. In other words, they can get these guys to talk. After all, remember who finally brought down Al Capone? Not the Chicago PD, FBI, CIA, etc etc.... but the IRS.

IRS Penalties
If he is audited by the IRS and they discover that he has knowingly not reported income, he will be subject to tax penalties and possibly prosecution. If they decide to prosecute for tax fraud, he could face stiff fines and jail. Tax evasion carries a penalty of up to five years in federal prison.

Other Athlete's Troubles with the IRS

While an NCAA violation could kick Johnny Manzeil out of college football -- Tax evasion could cost him his freedom. Choose your words and actions wisely Johnny, the stakes are much bigger than you can possibly imagine.