Limiting Your Thoughts Will Limit Your Growth

The battle over the deficit and who pays and who receives benefits from the government is creating a have and have not kind of dialog. This dialog is unhealthy when you put it in context with developing a person's view about money. 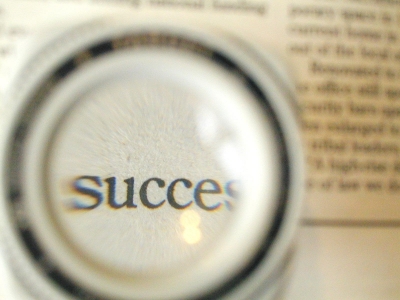 Recently, President Obama has stated that he will veto any bill that does not include a tax increase on married individuals who have adjusted gross incomes over $250,000 (single people with adjusted gross income of $200,000 too). This statement alone does not create limiting beliefs about money, but the rhetoric surrounding it is very damaging.

Call Them Rich and Imply They Are Bad...
I have watched with sad amusement as some politicians and news organizations demonize people who are in this upper income bracket. They say "they do not pay their fair share of taxes". They imply that they are bad people who are "taking advantage of the middle class and the poor". This message is effective in getting those who do not earn such a high income to say yes to their proposals but is very damaging to those who actually believe this rhetoric.

Once a person accepts the notion (or in some cases hears it often enough) people who make more money than most people are "gaming the system" or "don't pay their fair share", the implication is they are devious, free loaders who are taking advantage of the system. This logic creates a "moral us" against "immoral them". This thought process, believe it or not, creates a psychological barrier for small business people who are trying to grow a business into a financial success.

Some small business owners don't reach the $250k adjusted gross income level because they have bought into the theory that people who make the most money must be bad people who took advantage of others to get wealthy.

They believe a person cannot make money without hurting someone else or taking advantage of employees. That they have to "game the system at others expense" to be successful. To carry the logic one step further, if they make lots of money, they would be evil people. They end up subconsciously sabotaging everything they are doing well, just so they don't become one of the "bad people".

The second step is hold yourself accountable for where you are at this point in your life. I recently read a book "The Art of Racing in the Rain". It is a book about a race car driver, his dog, and the lessons racing teaches you about life. One main theme in the book is you are where you are in life because of your actions, thoughts and deeds. That some times bad things happen to you even though you think you did nothing wrong, you were just in the wrong spot on the race track at the wrong time and did not see the bad occurring around you. This placement on the track is your fault, not the driver that plowed into you. You should always be aware of where you are at all times. That is a lesson Jeff Gordon (google Jeff Gordon if you don't know what he did recently) needs to learn.

The third step is focus on the good that money can do. Money is necessary for feeding the poor and growing your business. Without a business to create more profits, you would not be able to employ more people and donate money to your favorite charity.

One Last Thought.....
First, I am a fan of all small businesses....micro size and big ones. They all play a critical roll in this nations growth and innovation. The small business person who has an adjusted gross income over $250,000 represents the more financially successful small business. They were once a micro business that grew. They could be your next door neighbor, a person just like you.

Second, the top 2% do a lot for our nation. Based upon the most recent statistics released by the IRS, taxpayers with $200,000 in adjusted gross earned 28.2% of all adjusted gross income declared for 2009 and they paid 52% of all taxes. A majority of these taxpayers own small businesses that are taxed on their personal returns. They don't have ways to reduce their taxes like large corporations, so their small business is at a distinct disadvantage in the global and US market place.

Last, don't listen to the rhetoric that is on the TV and internet. Stay focused on growing your business and yourself as a business person. Be careful not to adopt limiting beliefs about money.