Obama Relected... Can He Unite the Parties?

The Presidential election is over and we now know who our President will be for the next four years. President Obama is now facing a difficult task of uniting a divided country. Even though his victory seems big in the electoral vote, he received only 50% of the popular vote. That does not make him a very popular president beginning his second term.

Nothing politically has changed in Washington. We still have a divided Congress and a President who is loathed by the majority in the House of Representatives. Both parties cannot agree on the best economic and tax course for our country. They have not been able to work together over the last two years, so will they work together over the next two years before the House members run for reelection again? 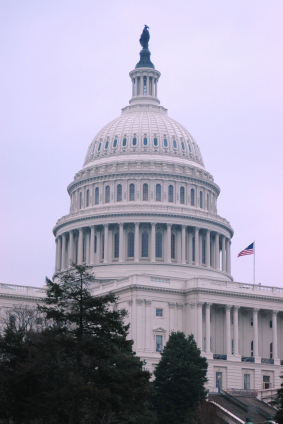 Fighting with My Sister's
I have three sisters. Each one of them are very different from me. Being the only boy in the house, I lived in a sea of estrogen. So when I picked up the red berries my sisters had so carefully set upon their doll house dishes and threw them at them, there was screaming and outrage. Doors slammed, lot's of yelling, and a loud long MOOOOOMMMMMMM..........Roy threw my berries.........he is such a brat!!!!!!

As a boy, I did what I saw was fun. When boy's see berries, they throw them at one another. Girls see berries and they decorate with them or "play house" with berries set carefully on their children size dishes. It is how they see the world.

I tell you this story to illustrate how divided our Congress has become. How different the view point between political parties has become.

In my opinion, Republicans and Democrats will not set aside their blind ideology without strong leadership from both parties. Have we seen much of that lately? Based on what the last two years have shown us, they will not compromise on the truly important issues.

And what about President Obama's tax proposals
I don't see President Obama's tax increase getting past the House of Representatives. What I do see is continued uncertainty about our taxes and a struggling economy. More temporary tax measures that expire in the future will be the norm. So planning with some level of certainty beyond the current tax year will be a guessing game.

There is consensus that tax reform will be good. Tax laws are too complicated and too many resources are used in calculating and collecting taxes. But again, there are two different views of how to accomplish this goal......like Fighting with My Sisters.

And Taxmageddon
I believe all of the expiring tax provisions will be extended in some form or fashion by the end of the year. The short amount of time Congress has to work on this legislation will lead them to agree on temporary measures that will expire in one year. This commonly referred to as "kicking the can down the road"....again. They have been doing it for years and I have seen nothing that will convince me that this time will be different.

So, What is the future of The Small Business Owner?
American Small Business Owners are resilient. They pursue their dreams with a vigor and aspire to create a bigger business and a better life for their families and employees. No matter who is in power in Washington, the small business person will continue. When one fails, another is created.