Last week we began our series on Taxmageddon. We discussed the runaway deficit and the fiscal cliff our government is rapidly approaching.

Today, we are going to begin discussing the tax increases that go into effect on January 1st of 2013. All of the taxes discussed today are by law going to be the law unless Congress changes them by the end of the year. These tax increases are commonly referred to as "Taxmageddon" because there are so many of them and the increases are massive. 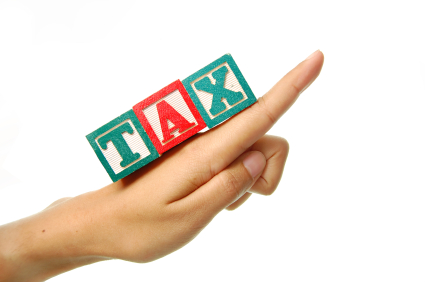 Because there are so many tax changes, I have to increase the length of this series or risk overwhelming you with data all at once. So between now and the end of October, our almost weekly newsletter will be all about the fiscal cliff and taxmageddon.

With the elections bearing down upon us and the massive tax increases set to go into effect on January 1, I am finally hearing that Congress is going to work on the issue. It seems that many of them have finally gotten the memo from their constituents.....so it appears they are going to try to do something.

The Elephant in the Room
The biggest tax increases are coming from the increase in individual income tax rates. Everyone is getting hit with the expiration of the "Bush" era tax cuts. Take a look at the table below.....make sure you are sitting down and your coffee cup is not within reach so you don't hurl it across the room.

But if Congress doesn't act before the end of the year, the withholding through payroll will increase in accordance with the new tax rates and a huge amount of money will be taken out of everyone's paycheck. Also, the FICA tax break that employees have been getting over the last two years is going back up to 6.2% from 4.2%. With all that money going to pay taxes, the consumer will not have as much money to spend or save.

Slamming on the Breaks!!!!
I am all for the small and midsize business person. My job is to help them grow their business and not have them pay more of their hard earned money on taxes than they legally have to pay.

So honestly, I am biased.
Most of my clients are in the last three tax brackets. All aspire to climb to the highest tax bracket by risking their life's savings to become successful. Can you imagine the conversation I am going to have with the family that just pushed into the over $178,650 bracket.

Client: "@#&*..... that is an 8% increase in what the government takes out because I have been working my butt off for years and finally am making money"

Client:"How do I recover this income? I can't increase my prices because I am competing with big multinational corporations who have an effective tax rate much lower than mine."

Me: "Yes it's true, Google, Microsoft, Schlumberger, Exxon, Apple all pay US taxes far below that of the typical Mom and Pop business. They can afford to set up complicated offshore tax saving entities."

Client: "So I guess what will really happen is I won't be able to grow as rapidly as I have been because the government is taking more money out of my business plus the risk of failure increases.....am I right????"

Me: "Exactly. Raising taxes decreases the rate at which a business can grow because more of the money they need to fuel growth is going to pay taxes....and yes, the playing field for the small business is not level with the big multinational corporations so you are weakened by having your cash go to taxes and not back into your business."

Client: "So those @#%* really did raise taxes on businesses, didn't they? Screw it, I am going to sell my business and get out!!!!"

Me: "Sorry, but the cost of getting out went up on January 1 too"

Honestly that is the reaction that is repeated in my office every day. It doesn't matter their political bias. I don't have one client that I am aware of that wants to slow the growth of their business so they can pay more taxes. Nor do any of them want their risk of failure to increase because they have to pay more taxes. One thing I know all of my business owner clients understand is this........as a business slows down its growth, it is hiring fewer people which does not help those who are unemployed.

Next Week
The bad news regarding the tax changes keeps on rolling in. As I said, there are many changes to the tax code that are occurring on January 1 and it is hard to find a positive change for you, the small business person. We will continue this discussion next week.