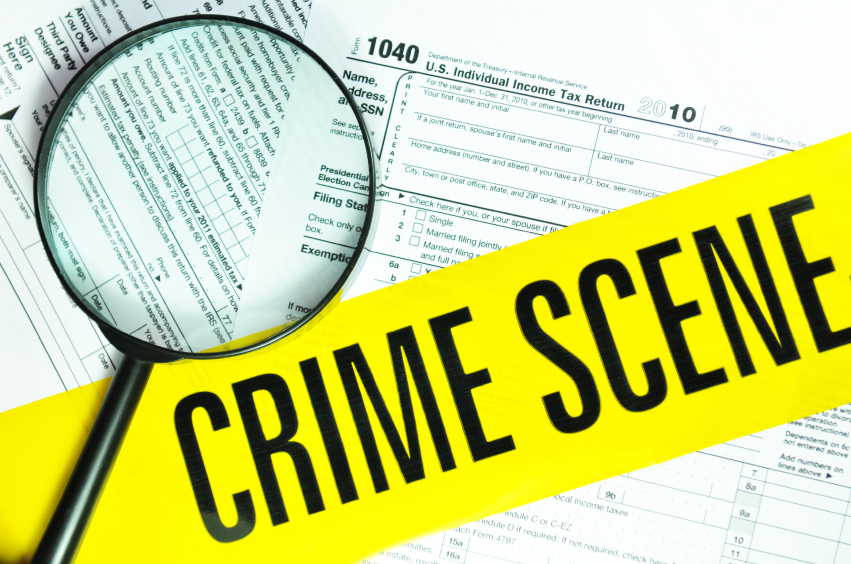 Last week's article, Protect Yourself from the IRS's "Dirty Dozen" - Houston CPA, was about six tax scams taxpayers need to watch out for throughout the year. This week, let's talk about the other six tax scams that top the IRS's Dirty Dozen list - These feature scams that the IRS is definitely watching out for.

Hiding Income Offshore
One method of avoiding tax that has long been used by some wealthy people is to hide income offshore. For example, money may be deposited in offshore banks, brokerage accounts, or through the use of nominee entities. Taxpayers also evade taxes by using offshore debit cards, credit cards, wire transfers, foreign trusts, employee-leasing schemes, private annuities, or insurance plans. There are several countries that serve as "tax havens" that specialize in helping people hide their money. It's perfectly legal to keep money in a foreign country. However, you are required to report any account worth more than $10,000 to the IRS each year. Failure to do so can result in fines, penalties, and even jail time.

False Income, Exemptions or Expenses
Some people inflate their incomes and/or expenses to obtain larger refundable tax credits. One of the most abused credits is the Earned Income Tax Credit, a refundable credit for low-income taxpayers. However, it is not just the poor who engage in such illegal behavior: Some farmers and other taxpayers who use fuel for off-highway business purposes make inflated claims to maximize their fuel tax credits, or obtain the credit when they were ineligible to receive it.

Frivolous Arguments
Tax protestors have devised many bogus arguments as to why the federal income tax is illegal and need not be paid. Any person who relies on such an argument is subject to an IRS penalty of $5,000. In addition, the IRS can not only require that you pay your taxes due, but can also impose a 20% accuracy-related penalty and a whopping 75% civil fraud penalty. If substantial fines and penalties aren't bad enough, you can also be criminally prosecuted for tax fraud.

Falsely Claiming Zero Wages or Using False Form 1099
Another scam is to make refund claims based on the bogus theory that the federal government maintains secret accounts for U.S. citizens and that taxpayers can gain access to them by issuing 1099-OID forms to the IRS. In this ongoing scam, the perpetrator files a fake information return, such as a Form 1099 Original Issue Discount (OID), to justify a false refund claim on a corresponding tax return.

Abusive Tax Structures
Abusive schemes are usually complex and involve multiple layers of transactions to hide taxable assets and evade taxes, according to the IRS. These abusive tax structures can be used to under report income, claim fictitious deductions, avoid filing tax returns, participate in tax shelters, and facilitate money laundering and financial crimes. The IRS is working with state authorities to identify these entities and bring the owners into compliance with the law.

Misuse of Trusts
For years, unscrupulous promoters have urged taxpayers to transfer assets into trusts. While there are legitimate uses of trusts in tax and estate planning, some highly questionable transactions promise reduction of income subject to tax, deductions for personal expenses, and reduced estate or gift taxes. Such trusts rarely deliver the tax benefits promised and are used primarily as a means of avoiding income tax liability and hiding assets from creditors, including the IRS. IRS personnel have seen an increase in the improper use of private annuity trusts and foreign trusts to shift income and deduct personal expenses.

All of these scams cost the US billions of dollars a year. Many unscrupulous CPA's and tax preparers are also willing participants in these scams. The IRS has stepped up their enforcement and oversight upon tax preparers in order to end these "crime" sprees quickly before they damage innocent taxpayers financial lives and loot the US Treasury.