The Marriage Tax Penalty.. Another Reason Why People Don't Get Married 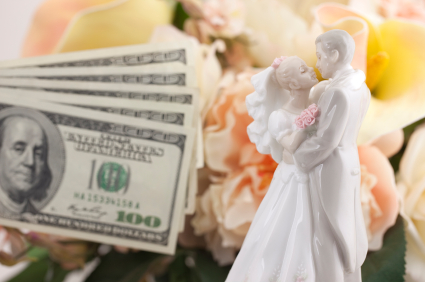 Lately, I have had several discussions with clients seeking advice on getting married. They are smart people because they called me, their CPA and trusted advisor for advice on the financial implications of their pending nuptials. Often times, after "running the numbers" I deliver the news that they are "Fixin" to be victims of the marriage tax penalty. Occasionally, the increase in taxes makes it difficult for couples at the lower income levels to make ends meet, so they elect to not get married until their income improves.

What is The Marriage Tax Penalty?
The marriage tax penalty is a result of our progressive tax system. As your income increases, additional dollars are taxed at increasingly higher rates. When two people get married and file jointly, the income of the second spouse is added to that of their spouse. Depending on the amount of earnings of the spouses, there can be an increase in taxes, a decrease in taxes, or very little change at all.

How does this happen?
If you're married and only one spouse is earning income (or if one spouse has an extremely low income) you usually get a "marriage bonus" since your combined income is taxed at a lower rate than if the high earner were paying tax as a single person.

However, once you enter the higher end of the 25 percent tax bracket, the cost difference between filing jointly and as a single person becomes more pronounced as your combined income increases, especially if you earn fairly similar amounts and/or you're both highly paid. For example, single people with $75,000 in taxable income fall squarely within the 25 percent tax bracket; however, if you're married and earn a combined income of $150,000, you would hit the 28 percent bracket, whether you file jointly or as "married, filing separately."

Social security benefits: Since married couples must combine incomes, you get pushed over the taxability threshold more quickly than singles. The law may subject a higher percentage of your benefits to income tax, so the penalty for being married increases here, too.

...and even more: Differences between singles and married couples also exist in the rules governing capital losses, mortgage interest, and rental property losses, to name only a few.

Practicing What I Preach
Most of you know I am engaged to be married. So we "ran the numbers" and the result is....................we will be victims of the marriage tax penalty. The 3.8% Medicare surtax, the change in tax brackets, the loss of standard deductions all impact our taxes. The cost of getting married is almost as much as a really nice wedding except you have to pay the additional tax every year!!! No wonder so many Americans aren't getting married.