I have decided I would change up the newsletter for this week and pass on a little wisdom that is not my own. Many of our clients are from the "baby boomer" and "generation X" generations. These generations have children know as the millennial generatio 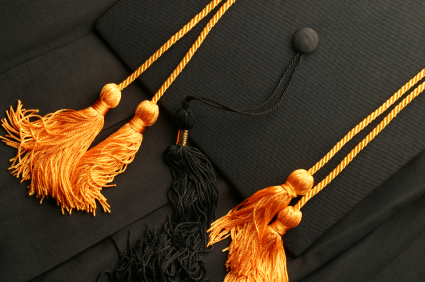 n. Millennials are now graduating from college and soon will be clients of our firm. They will be employed in your businesses and you will have to manage them. They will create their own businesses and become successful in their own right. So how will this generation perform?

Neil Howe, an American historian, economist and demographer, has an optimistic outlook on this generation. Neil has authored several books on demographic and generational trends. To learn more about him go to his website at www.lifecourse.com.

Neil Howe delivered the following commencement address at the University of Mary Washington on May 12, 2012. In this speech, Neil compares and contrasts the millennial generation with those of their parents and gives an optimistic view of this new generation. I hope he is right in his conclusions. This is a good short commencement speech and I encourage you to take a deep breath and read the whole speech...

"It's a beautiful day here in Virginia, and I want to thank the University of Mary Washington for inviting me here.

At a commencement address, speakers often go on too long. This I won't do. I may not succeed as well as Salvador Dali, who famously delivered the world's shortest speech, only four seconds long. He announced at the podium: "I will be so brief I have already finished," and then sat down.

Commencement speakers also like to intone about "today's youth generation." And this is fine. Except that they then go on to talk at length about their own experiences in their own youth and tell you: Because this worked for me in my generation, it will work for you in yours. This should alert you that these speakers have no idea what a generation is.

Let me clarify. A generation is a group of people who share a basic outlook on life shaped by their common age location in history, their common "generational setting." The renowned sociologist Karl Mannheim called this "eine Generationslagerung," which I promise you is both the longest word-and the only German word-that you will hear from me.

"Youth," on the other hand, is just an age bracket. It's like an empty hotel room that different generations move into with their own baggage, and then soon leave. Sometimes that room swells with sweet music, sometimes it throbs with death metal, and sometimes it's utterly silent. But it's never the same.

So how, exactly, are you different? Well, start with the obvious: pop culture. Believe it or not, parents, your kids have never known that America, Chicago, and Kansas are the names of rock bands, not just places. Or what about technology? Ever notice the blank stares when you tell them roll up the window, turn the channel, or dial a number? Or what about current events? For as long as Millennials can remember, NATO has been looking for a mission, China has been peacefully rising, Brazil has been building shopping malls, and Boomers Bill O'Reilly and David Letterman have been hating on each other in plain view of millions.

Now these markers are interesting, but if there's one big idea I want you to take away from my remarks, it's that generational differences go much deeper.

You Millennials grew up in an era of rising parental protection, never knowing a time without bicycle helmets, electric plug covers, Amber Alerts, and fifteen different ways to be buckled into your minivan seat. We, the parents, grew up in an era of declining parental protection: Our moms and dads told us, "We don't care where you go so long as you're home for dinner." As for seatbelts, we were told if there's an accident to just throw up our hands to protect our heads. As kids, we never saw a "Baby on Board" sticker. "Baby Overboard" would have been more appropriate.

You Millennials were raised to be special-very special-and to trust your counselors, support groups, and smart drugs to keep you feeling pretty good about the world, like a Sims character having just the right digital balance. We, the parents, knew we weren't very special, didn't trust anyone to advise us, and thought staying away from counselors was a sign of toughness. When you came to college, there were long orientations and immersions, and many of your parents clutched teddy bears and wept. When we came to college, we jumped out of the car and tried to grab our suitcases before our parents sped off.

You Millennials were raised to be team players-and you are, with community service, group projects in the classroom, and clubs for everything. And, above all, you are team players with digital technology that connects you all to each other on Facebook, and smartphones that you take to bed with you. We, the parents, were a lot more into competition, rebellion, and defying the mainstream. We did not "friend" each other. Our generation invented the "personal" computer. Personal, as in "mine and not yours," and certainly not part of the corporate mainframe our own parents bequeathed to us. Growing up, our biggest fear was that Big Brother might someday install cameras in our rooms. Our biggest joy was hearing Steve Jobs announce that "1984 won't be like 1984." And now, our biggest surprise has been to see our kids connect with each other by installing their own cameras in their own rooms!

As a generation, you Millennials have a surprisingly conventional outlook on life. Surveys show that as you grow older you wish to become good citizens, good neighbors, and well-rounded people who start families. Violent youth crime, teen pregnancy, and teen smoking have recently experienced dramatic declines, and for that we congratulate you.

Most startling of all, the values gap separating youth from their parents has virtually disappeared. You watch the same movies as your parents, buy the same brand-name clothing, talk over personal problems with them-and, yes, feel just fine about moving back in with them. When I travel around the country, I often ask people now in their 40s or 50s how many songs on their iPod overlap with what's on their kids' iPods. The typical answer is 30 to 40 percent. Let me tell you, back in my days on campus (later known as "the days of rage"), we did not have iPods, but if we had, the overlap would have been absolutely zero. Everything about our youth culture was intentionally hostile and disrespectful of our parents. That was the whole idea.

People sometimes ask me, "What does it mean that one generation is different from another-that Millennials, for example, are different from the Boomers or Gen Xers who raised them? Does it mean that some generations are better than others?" And I say: No. There is no such thing as a good or bad generation. Every generation is what it has to be, given the environment it encounters when it enters the world. History shows that whatever collective personality a new generation brings with it is usually what society needs at the time. As such, youth generations tend to correct for the excesses of the midlife generation in power, and they tend to refill the social role being vacated by the older generation who is disappearing.

To avoid speaking in code, let me rephrase this as follows. The Millennial Generation is correcting for the excesses of Boomers and Gen Xers who today run America. I need not remind you what those excesses are: leadership gridlock, refusal to compromise, rampant individualism, the tearing down of traditions, scorched-earth culture wars, and a pathological distrust of all institutions.

The Millennial Generation is also reprising many of the hallmarks of the original G.I. Generation, the so-called "Greatest Generation," who are now passing away. Like the Millennials, the G.I.s grew up as protected children and quickly turned into optimistic, consensus-minded team players who, in the dark days of the 1930s and '40s, saved our nation from turning in the wrong direction at the wrong time.

Igor Stravinsky once wrote that every generation declares war on its parents and makes friends with its grandparents. Yet again, that has happened.

So all of you parents out there: Be proud of this new generation. They aren't like you, but they are what America now needs. They don't complain about the storm clouds looming over their fiscal, economic, and geopolitical future; they try to stay positive. They don't want to bring the system down; they're doing what they can to make it work again. They worry about you a lot. And they want to come together and build something big and lasting, something that will win your praise. Beneath their tolerant, optimistic, networked, and risk-averse exterior lie attitudes and habits that may prove vital for our country's healing and for our country's future.

No one knows what challenges this Millennial Generation may eventually be asked to bear. Hardly anyone expects them to become America's next "Greatest Generation." But someday you can say you heard it from me: That is their destiny, to rescue this country from the mess to which we, the older generations, have contributed, perhaps a bit more than we ever intended-and, in so doing, to become a great generation indeed.
Thank you."

The Millennial Generation
My two children will be completing their college academics next May and I am very proud of their achievements. I know they will do well in life.

I also hold out hope that their generation will do better than ours even though they are being dealt a lousy hand at this time. Unemployment is highest with this generation than other generations and wages are low when they find work. Yet I believe they will learn from this slow start and create a better future.