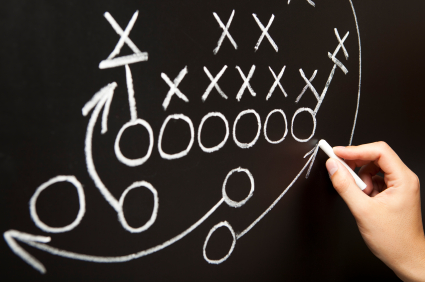 ek, we wrote about Johnny Manziel's potential problem if he does not declare the money he (allegedly) received for signing autographs. Now that the NCAA has decided to not pursue the matter any further with his first half of the Rice game suspension, the door appears to be closed on the matter. Other than the die hard Aggie fan, most people do not believe he didn't get paid for his autographs. But Johnny told the NCAA he didn't get paid and the NCAA walked away.

Johnny's been a busy guy when it comes to benefiting from his new found celebrity. In December of 2012, Johnny Manziel's father formed JMAN2 Enterprises, LLC. According to news reports, this company was formed in order to protect Johnny's business affairs once he is out of college football. Soon after it was formed, the company formally trademarked Johnny's nickname "Johnny Football" to ensure that no one profits off the name other than Johnny and JMAN2. The company has already filed 2 lawsuits to stop people from selling items with the name "Johnny Football" on it. Recently, the NCAA also said that Johnny will not lose his football eligibility if he has any financial earnings as a result of legal actions to protect his rights.

Public records list Johnny's father as the registered agent of the LLC, but public records do not show what "position" Johnny plays in the company at the moment - partner (member), stockholder or officer; if any at all.

They were obviously advised to form an LLC.

What is an LLC?
An LLC is a "hybrid" entity, bringing together some of the best features of partnerships and corporations. LLCs were created to provide business owners with the liability protection that corporations enjoy.

There is no limitation on the number of shareholders an LLC can have. In addition, any member or owner of the LLC is allowed to participate in the business's operation - in a limited partnership, partners are not permitted any say in the operation.

LLC's also offer flexibility when it comes to taxes, profit distribution and company organization. It can be simpler to establish and run an LLC if a well written Operating Agreement is in place.

In the Eyes of the IRS
For federal income tax purposes, an LLC is treated by "default" as a "pass-through entity". If there is only one member in the company, the LLC is treated as a "disregarded entity" for tax purposes, and you would report the LLC's income or loss on Schedule C of your individual tax return. The income from the LLC is taxed at the individual tax rates.

The default tax status for LLCs with multiple members is as a partnership, which is required to report income and loss on IRS Form 1065. Under partnership tax treatment, each member of the LLC, as is the case for all partners of a partnership, will receive a K-1 reporting the member's share of the LLC's income or loss that is then reported on the member's individual income tax return.

An LLC with either single or multiple members may elect to be taxed as a corporation through the filing of IRS Form 8832. After electing corporate tax status, an LLC may further elect to be treated as a S corporation.

Flexible Profit Distribution
Limited liability companies can select varying forms of distribution of profits. Unlike a common partnership where the split is 50/50, LLC's have much more flexibility. Members of an LLC may share or distribute the profits of the business as they see fit. This means that they can decide for themselves what percentage each member will receive - provided it is written in the Operating Agreement

Food for thought....
To register a trademark, the applicant must show ownership and "use in commerce" the trademark. Johnny can obviously prove ownership, but how will he prove "use in commerce" before the trademark expires without losing his NCAA eligibility? He has 6 months to prove he is using the trademark in commerce or to file an extension request.. pushing it out up to 24 months. This means if he is not using the trademark for commercial purposes by July 2015, he can lose his trademark to "Johnny Football" before his senior year at A&M. Do you think strategically forming this LLC and trademarking his nickname is a sign he will enter the draft after this season?

Aggie Code of Honor
In business, we are some times faced with ethical issues. These are life affirming moments. My friend Charlie Rawl was faced with an ethical issue. He chose the right path which was hard and painful, but it lead to the demise of one of Houston's biggest corporate thieves... Allen Stanford.

Johnny Manziel had such a moment last Sunday when he had a six hour meeting with NCAA investigators. Did Johnny tell the truth? Can Johnny stand next to my friend Charlie when integrity is the standard of which a person is measured? I hope Johnny did tell the truth and I hope he is a naïve kid who some autograph brokers took advantage of. Because when we fail in the moment of truth, we lose so much more than we might gain.

I have several friends and clients who are die hard Aggie's and proudly support their school and what it stands for. I applaud them for their passion and desire to be part of the greater good that A&M tries to represent. They passionately believe in what A&M stands for and the Aggie Code of Honor....."An Aggie does not lie, cheat or steal, or tolerate those who do."

So was the Aggie code of honor upheld?

As business people who are examples to our children, our customers and vendors, do we exemplify what Texas A&M holds so dear.....honesty and integrity.