This week, the Supreme Court made a landmark decision regarding the Defense of Marriage Act "DOMA". Like the Health Care Act, SMB's (small and mid-size businesses) will be feeling its impact for some time. 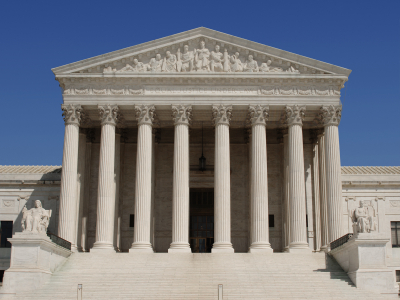 What is DOMA?
DOMA is the Defense of Marriage Act and was signed in to law in 1996 by President Clinton. A provision of the Act defines marriage as between a man and a woman and forbids the federal government from recognizing same sex marriages for all federal purposes, including insurance benefits, Social Security survivors' benefits, immigration, bankruptcy, and the filing of joint tax returns.

How did we get here?
Estate Taxes. Edith Windsor filed a suit against the federal government because she was required to pay more than $363,000 in federal estate taxes after her wife, Thea Spyer died in 2009. She would not have had to pay these taxes if she had been in a traditional marriage. Windsor and her wife had been together for over 40 years, were married in Canada in 2007 & lived in New York where their marriage was recognized by the state.

What happened on Wednesday?
In a 5-4 vote, the Supreme Court of the United States ("SCOTUS") declared the section of the Act that forbids the federal government from recognizing same-sex marriages is unconstitutional and violates the Fifth Amendment. The SCOTUS said it is illegal because it denies same-sex couples equal protection under the law.

Basically, what the court said is... marriage is marriage - if it's legal in their state then the federal government must recognize it. This means, couples living in states that have legalized same-sex marriage can now file their taxes jointly, receive social security benefits after a spouse's death - among other federal benefits.

Income Tax Impact
For those people who are considered married by their state can file married filing joint. They can begin amending their returns immediately. Only returns that were filed in the last three years can be amended.

As some of you know, filing joint tax returns isn't always a benefit as there is such a thing as "The Marriage Tax Penalty" for high income couples and lower income couples. If same sex couples tend to be like heterosexual couples, then most same-sex couples will end up saving money on taxes by filing jointly.

Lot's of tax issues will need to be resolved. For example, if you were married in a state that recognizes your union but now live in a state that does not, do you go from married filing joint to single? The IRS will be giving us guidance on the many tax issues this ruling raises and we will pass it on to you through this newsletter......so keep reading.

What does this mean for Small Businesses?
At first blush, most small business people in Texas shrug their shoulders and assume this is a non issue. Like the Health Care Act, it may truly impact you.

Tweet
Top Things You Need to Know About Required Minimum...