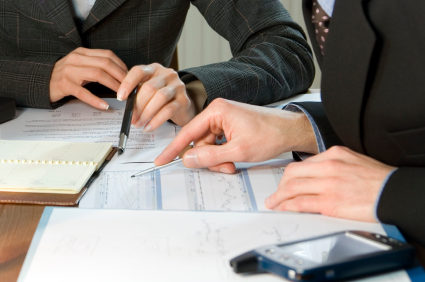 Two New Taxes Took Effect in 2013
Last week we mentioned the additional 3.8% tax on Net Investment Income. This new tax applies to interest, dividends, annuities, royalties, rents and other passive activity income. There is also an additional 0.9% Medicare tax that applies to individual's wages, compensation, and self-employment income. The new 0.9% tax does not apply to income items included in Net Investment Income.

Increased Tax Rate on Certain Capital Gains and Dividends
The top capital gain tax rate been permanently increased from 15% to 20% for single filers with incomes over $400,000 and $450,000 for married couples filing jointly. With the new 3.8% tax on Net Investment Income mentioned about, which includes capital gains, your tax rate could be 23.8% - a 58% increase from 2012 tax rates.

Increased Threshold for Deducting Medical and Dental Expenses
Medical and dental expenses are now only deductible if they exceed 10% of your adjusted gross income. However, until 2016 the previous 7.5% of AGI remains in effect if you or your spouse is 65 or older.

Limited Reimbursements under Flexible Spending Arrangement
Beginning in 2013, the healthcare act limits employee annual contributions to pre-tax health flexible spending arrangements, or FSAs, to $2,500, a figure that will be adjusted for inflation in future years. Also HSA plans can no longer pay for over the counter drugs without a penalty. The penalty has been increased from 10% to 20%.

Charitable Donations Using IRA Distributions
Before 2014, taxpayers over the age of 70 1/2 may make a tax-free IRA distribution to a qualified charity or charities. The distributions must be made directly from the IRA custodian to a charity or charities. Donating this way reduces a taxpayer's adjusted gross income. This, in turn, potentially reduces the percentage of social security income that is taxed from 85 percent to 50 percent and increases certain deduction by reducing the effects of the limitations on personal exemptions, itemized deductions, and charitable contributions that are tied to higher adjusted gross income amounts. This rule will not be available after 2013.

Qualified Principal Residence Debt Exclusion
Under a special rule that expires at the end of 2013, no income is recognized from the foreclosure of your qualified principal residence. The discharge of such debt is excludable from gross income and not taxable for foreclosures through 2013.

State and Local Sales Tax Deduction Expires
Under current law, 2013 is the last year that individual taxpayers will be allowed to deduct sales and use tax on their individual tax return as an itemized deduction. However, this law is likely to be extended into 2014.

Deduction for Eligible Teacher Expenses
The deduction for eligible teacher expenses expires this year. Beginning in 2014, educators can no longer deduct the $250 for qualified expenses.

Expiring Tax Credits
Through the end of 2013, taxpayers who make energy improvements on their home can take advantage of the residential energy credit. The credit is 10% of the amounts paid or incurred for qualified energy efficiency improvements installed in 2013. The maximum credit is $500.

The credit for purchasing a qualified plug-in electric vehicle will also expire this year. The credit is equal to the lesser of 10% of the cost of the vehicle or $2,500.

Same-Sex Couples Filing Status
Also new for 2013, same-sex couples who are legally married can no longer file returns using the single filing status. They can either file a joint return or file as married filing separately. This could significantly increase the tax burden on some of these couples due to the Marriage Tax Penalty.

Tax Planning Roars into Full Swing
It is November 1 and this is the beginning of our end of year tax planning season. If you aren't signed up for tax planning, please give us a call. We need to make sure you are on our schedule so we can help you put in place tax reduction plans as soon as possible.